Off and running in Auckland, Traveling Pendant and Rugby

As you see I am home from New Zealand and WOW what an adventure! I had the privilege to travel alone, no husband, no kids....just me.

I arrived at the Auckland airport. I am exhausted, jet lagged, on the tail end of a bloody vertigo trip, in a strange country, get off the plane, through customs, exchanged my money and out the door to the nearest Goodwill to find some second hand clothes as I was traveling with a single 15 pound bag. Yes ladies, I traveled around the planet with a single 15 pound bag that included my lap top and boots. I only needed a few extra tops and the second hand shops came in handy. I HATE checking in bags and carrying around extra crap I don't need. Some folks thought I was restricting myself by packing this way. I found it rather liberating to have the "less is more" mentality. The less I had to keep track of the better. I loved it.

Off I go to what will be "home" for the next few weeks. On the way there I recall my mouth hanging wide open as we travel about the country side to get home and I just cannot believe what I am seeing. Green, everywhere...so much green. Mountains, hills, beautiful skies. I think I am going to like it here.

I was set up in a very nice and comfortable room that even has a kitchen with the works. So long as I have tea and a dry bed I am good. I wake up later with my computer set up and an offer to eat....Rugby in Hamilton the next morning for two days...I have not a clue about Rugby.

Again I find myself gawking at the landscape and this becomes the norm for me while I am there. Interruptions in conversations of me saying Omg, look at that" were eventually expected and ignored as time went on.

It is slightly wet and cold. Alright I was freezing my ass off, but this seems to be rather tepid weather to the locals who are walking around in shorts or even no shoes while I am dressed up and looking something like Chubacka. 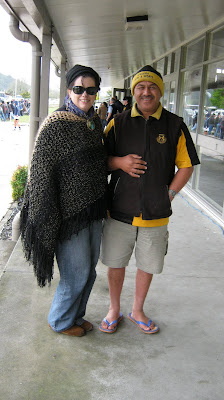 Me the Eskimo, and yer typical Kiwi.
I have heard of rugby, know of rugby, know its something like American foot ball crossed with soccer, but from there, I have no idea how the game is played. I am lost. Not only am I lost....I am still walking around jet lagged and remnants of a vertigo attack I started to get before I left home were still with me, albeit letting go. This was still making me very tired and disoriented no matter how hard I was fighting it. At some point you have to stop fighting it and just give in. I found myself waking up in the van with no idea of the time and almost forgetting where I was. I am grateful to have been left in the care of some lovely folks such as Aroha (which means Love) whom was as lovely as her name indicated and kept me out of trouble. Like wandering into the middle of a field while the boys played. She also introduced me to chocolate covered pineapple toffee of sorts. I love her. 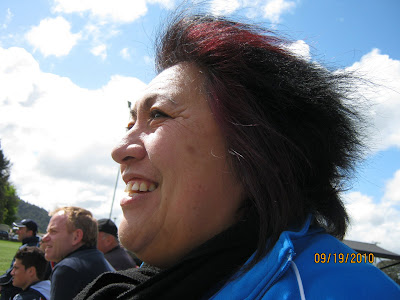 Mmmmm Chocolate covered pineapple toffee....Aroha yer killing me! lol!
"Hey, let's take a shot for the traveling pendant!". I grab my hat (Thank you Julie!) and I grab the pendant (Thank you Kelly!). This is real life and undoctored so here it is. Just as it was, the traveling pendant in Hamilton, New Zealand at the finals, Rugby Tournament, last of the season. It is spring and I am still amazed I am there despite all the discomforts I know I am going to pull through and be fine, I just need a bit of time. I had no doubts whatsoever! 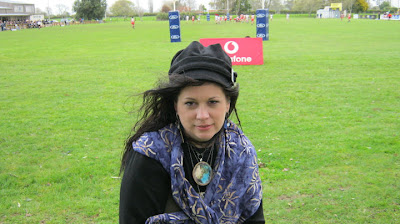 I am sure my state of being was more amusing to everyone else watching the "silly American girl" than it was to me trying to figure out the game. Oh well, just so someone got something out of it, even at my expense. Amusement is amusement.

By day two of the event I was kinda getting the swing of what was going on, although I was still finding myself falling asleep. The cold wet weather was not helping me snap out of the funk I was in. I did manage to get some photos. 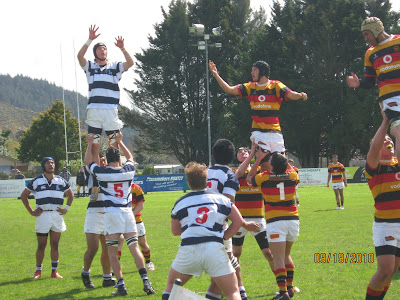 This was my favorite shot I captured. I am not sure what this move is but it happens fast and is pretty amazing to watch as they throw their team mates up into the air to block the ball or catch it. This happens in just seconds. Still not sure what is going on there. Either way it was fun to watch.

A few of a team who won their game, not the championship, but did a fine job winning what they had in front of them and ending off a good season. They were all fired up. 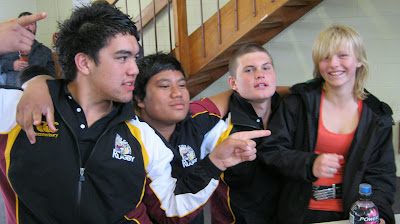 I was even asked at the end of the day to take the team group shot, which I must say after wrangling up the cheeky teens I managed to get several shots. My favorite was the one where I got them all to give me a bit of a battle cry and give them permission to get wild. It truly is my favorite of the whole batch. I had tight quarters I was shooting...cars to the left, cows to the right...everyone has these problems with group shots. Right? I was honored that they asked me to take the shots. Truly. I was the out of town gal and they handed me the camera. That was a lot to be trusted with. 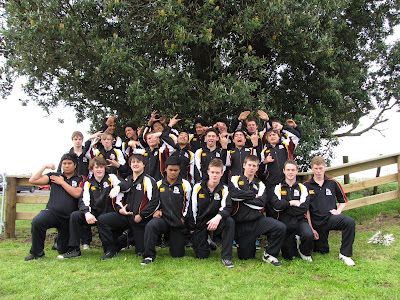 Finally back home, a warm shower, into my really warm cozy bed and I pass out till the next day and the next set of adventures. Ah skype I can call home and see my son's face. How wonderful. I tell him of my adventures and show him pictures from the day off. Sip my mint tea and then drift off to sleep. What a better way to end the day.

Now off to the next set of adventures...
Posted by Design By Raven Muse at 1:47 PM

Labels: Landing in Auckland and taking off to Rugby in Hamilton, The Traveling Pendant Makes Its First Showing in NZ 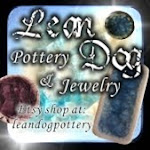 THE BEST Glass Jewelry on the planet!

La Famille - Folks we do business with and consider family! 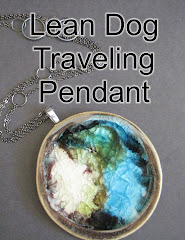 This is where all the secrets are hidden...